Fly-Tipping: Keeping This Menace Off Your Vacant Property

FLY-TIPPING: KEEPING THIS MENACE OFF YOUR VACANT PROPERTY.

Is Waste Becoming The New Narcotics?

It’s a blight on our landscape whether on a vacant property lot or the pavements of our towns and cities, never mind the beautiful countryside, and few people know that if you use an unlicensed waste removal company you can be fined or even prosecuted. 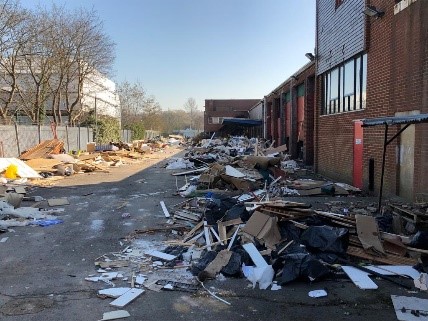 Fly-tipping has been steadily increasing over the last decade. Apart from being unsightly and polluting, it costs the economy almost £1 billion a year to deal with. Incidents reached some 1.13 million in 2020-21, according   to the National Audit Office (NAO) in a new report. The NAO also commented that large rises in the rates of landfill tax had increased returns for criminals, while reduced the amount sent to landfill by 75% between 2010   and 2021 while prosecutions for rubbish-dumping have dropped nearly 95% in a decade as numbers fell from nearly 800 p.a. in 2007-08 to around 50 p.a. in 2017-18, according to this NAO report. Unfortunately, the   figures speak for themselves.

A recent article in the Telegraph has informed commentators implying that Environment Agency (EA) staff are too scared to investigate and pursue prosecutions into organised crime gangs that have turned waste into the   “new narcotics”. It seems a surreal thought that rubbish has become a valuable commodity in some circles, but apparently there are around 60 organised crime gangs monitored by police and the EA, extensively involved   in illegal fly-tipping as well as other criminal activity.

However, at last it seems someone in Whitehall is finally taking note of this rising and silent epidemic. If they can’t already, householders will shortly be able to dispose of DIY rubbish at the council tip for free in England und 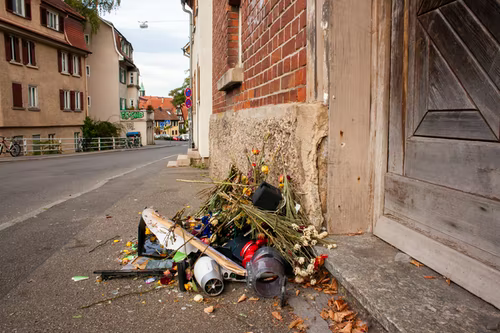 er  Government plans to curb the fly-tipping menace. Proposals put out for consultation would prevent councils from charging households for disposing of rubbish from their own renovation work, such as old baths and showers,  paving slabs and tiles, at waste and recycling centres. The aim is to reduce waste being put in domestic bins and cutting the risk of fly-tipping, littering and burning of rubbish in gardens, which creates additional costs for  councils and causes environmental problems.

In the meantime, anyone owning a vacant property or site will know the risks, if they haven’t suffered from illegal dumping of someone else’s rubbish already. Since rubbish clearance, legally done, can cost £’00s or often  £’000s, hence the attraction for criminal gangs, it surely pays to have someone, a property guardian, in the vacant building to keep an eye out and prevent this menace, especially when it can cost the landlord or property owner  nothing. If the vacant building is sited on a large, open plot, one of  Global Guardians' specialist staff can advise on how to protect this and deter the waste criminals. 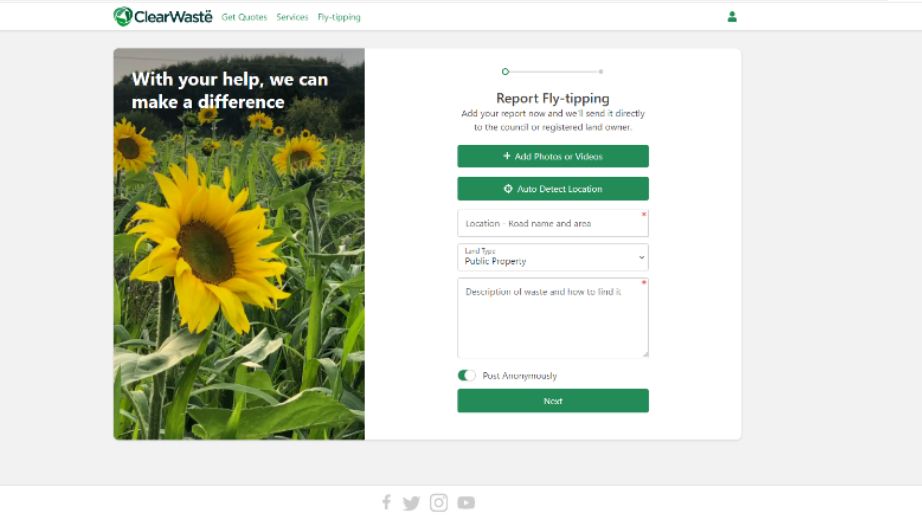 It’s also good to see private initiatives in the fight back against this anti-social blight. If you haven’t heard about it already, there is now a free app for licensed waste removal & fly-tip reporting. You   can do your bit and help protect the environment, as well as save time and money when disposing of your own waste, all with a simple click on your phone. Just download the Clearwaste app and if   you witness, or simply see any illegally dumped rubbish, just report it via the app, anonymously if you want, and it will be passed on to the relevant local authority to clear.

Why You Should Never Ignore Fire Alarms When They Go Off