BACK TO Property Owners

Why not to let your property become vacant

The news, announced earlier today (01/11/2017), that the Government could cap the size of the stakes gamblers can make on fixed-odds betting terminals, would result in a substantial increase in vacant retail units on the nation’s already beleaguered high streets.

At the moment, punters can stake up to £100 a spin, every 20 seconds, on the controversial machines which have been likened to crack cocaine in terms of their addictive quality. Betting shops can have up to four machines, which play computerised versions of roulette and blackjack, in their premises. The machines are widely seen as propping up the struggling betting industry with Paddy Power Betfair estimating that a £2 cap would cut the revenue of some bookmakers by between 33-43%.  Goodbody Stockbrokers believes this would lead to the closure of 3,000 betting shops, just over 30% of the UK's total.

With 12.2% of all retail units already standing vacant, according to figures from the Local Data Company, this would be bad news for the high street already suffering from the growth of out-of-town shopping options and online retail outlets.

Vacant properties are bad news for everyone:

landlords, other retailers, the local council and the surrounding community. Nobody wants to see boarded up shops falling into disrepair. Which is why property guardians, individuals acting as house-sitters living in empty properties on a licensed basis, are a good solution if the worst does happen.

Guardians keep a property occupied, so it does not fall victim to squatters or vandals, in a good state of repair, and ensure it doesn’t become an eyesore in the area. With high rents meaning that many people cannot afford to live in the UK’s major cities, guardianship also provides more affordable accommodation for people. Good news all round!

How does Property Guardianship benefit the Public Sector?

How does Property Guardianship benefit the Public Sector? 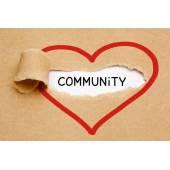 Public Sector voids can be a real hassle to manage…...

click to read in full
What are the risks associated with leaving your properties empty?

What are the risks associated with leaving your properties empty? 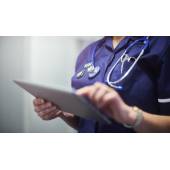