FactCheck: is there a vacant property crisis in London?

The tragic case of the  recent Grenfall Tower fire has once again raised questions about the state of housing across the London, as well as a perceived problem with the high volume of vacant property across the Greater London boroughs. For many people, the tragedy of the fire was made even greater by the fact that the fire happened in Kensington and Chelsea, one of the most affluent London boroughs, and one with a high proportion of high value, vacant properties. One of the most urgent questions facing both the local and national government was where to house those people who were made homeless by the fire. It was suggested by some (including the Labour Party leader Jeremy Corbyn) that the homeless residents be housed in one of the many vacant properties in the Borough of  Kensington and Chelsea. The Grenfall Tower fire has highlighted the perceived disparity between the number of empty, unused properties on the one hand, and the lack of social and affordable housing on the other. Many are, understandably, pointing out the inherent unfairness of a city in which high quality, high value housing is allowed to sit idle and unused, whilst demand for housing in London continues to grow. This is why a good number of people have been advocating that these vacant properties should be put to use to help those who are currently in need of good quality housing.

How many vacant properties are there in London?

There are, perhaps unsurprisingly, a high volume of vacant properties in London, and the city accounts for 22% of the total number of vacant properties in England by value. According to a recent study the company Property Planner, One of the reasons why the recent Grenfall fire has provoked so much anger over the state of the London housing sector - Kensington and Chelsea has the highest overall total of vacant properties, it has simultaneously failed to invest in and support decent social housing for those who need it. According to the Property Partner survey, the Royal Borough had 1,140 empty properties in 2016, which amounted to £664,110,896 in terms of total property value. 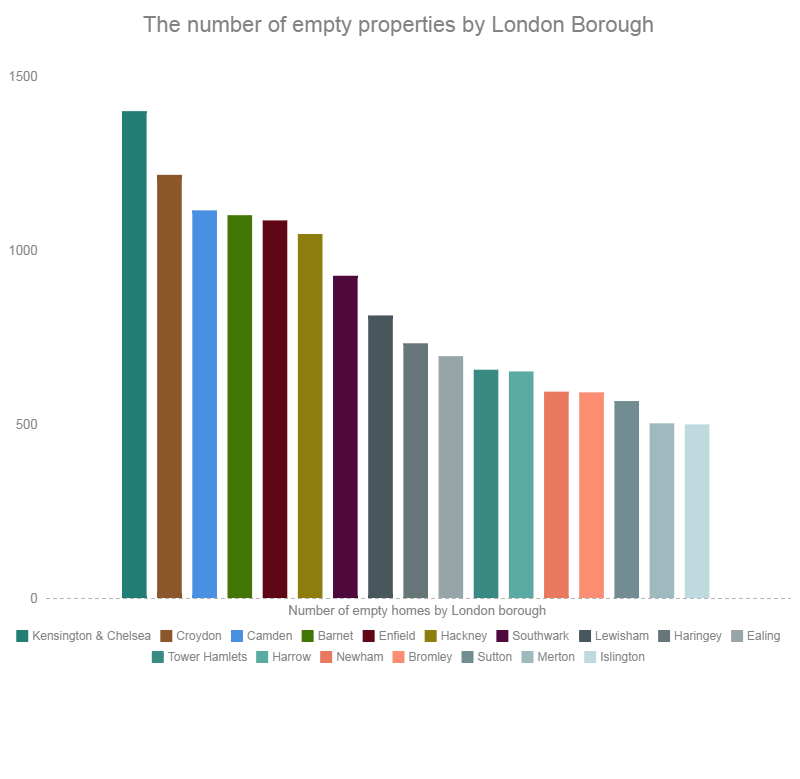 The "Buy to leave" phenomenon

The practice of buying up high value properties and then leaving them vacant is often referred to as "buy-to-leave" and is understandably common in London, a city where property, both commercial and residential, is a high-return investment. The high volume of buy to leave properties in a borough like Kensington and Chelsea has called on some commentators to refer to these areas of London as "ghost homes", since many of the properties are classified as "long-term vacant" (this refers to a vacancy which lasts more than six months). It's worth breaking down some of the statistics surrounding ownership of London property. For example, it is worth noting the differing trends in property ownership where the property is a new build, as opposed to a buildings which may have a longer life cycle, and the differing trends in inner city London versus outer London. It is perhaps also worth noting the different between vacant residential properties and residential commercial properties, as the behaviours and trends within these two property markets are somewhat different.

Property ownership in London: how the numbers break down

A recent study of the role of Overseas Investors in the UK property market conducted by the Centre of Housing Policy at the University of York found that the phenomenon of "buy-to-leave" is, perhaps unsurprisingly, more complex than it may initially seem. One of the most common complaints about the property market in London is that properties are being bought by overseas investors, rather than The figures below highlight that there are a large percentage of overseas investors in the London prope.+rty market, and that a  these overseas investors are concentrated in a number of countries, including the British Channel Islands, Virgin Islands, Hong Kong and Singapore.

The Centre of Housing policy's study was also able to extrapolate a number of interesting and illuminating trends  the data they collated in the new-build London property market.

Why are properties allowed to lie vacant?

It may seem counter-intuitive, given the level of investment in London's property market, that these properties would allowed to be left vacant for long periods of time. For many, this is a moral outrage at a time when supply for native Londoners is seen as being too sparse and too expensive. However, there are a number of reasons why these properties may be allowed to sit idle.

Vacant properties in London - what the experts say

Property vacancy is a problem

There is general agreement among estate agent companies, such as Savills and Prime Purchase,  that the vacancy of prime property in London is having a detrimental effect, especially when so many people are looking for somewhere to live in London. For example, estimates put the level of occupancy in the high-end One Hyde Park development at an average of thirty percent.

There are a number of financial incentives for investors to buy a London property and then leave it empty for a period of time. As we discussed above, sometimes securing rental income in prime locations is difficult, meaning that landlords will simply allow their investment to appreciate in value, rather than let it out. With other types of saving still providing a relatively poor return on investment, high end London property remains a logical investment.

Home buyers are still in the majority

In a report published in 2014, the estate agent Savills, pointed out that the vast majority of international buyers live and work in London, and that 88% of international buyers are purchasing somewhere to live. Savills also pointed out that the interest of foreign buyers in the London property market is reflective of their interest in other investment types too. It's also worth noting that domestic buyers are still in the majority when it comes to London housing sales.

London is a major property player

As part of the same Savills study, research director Yolande Barnes pointed out that London is a key participant in the global property market, and suddenly closing the door on international and overseas participation in London's property market would only threaten housing delivery and exacerbate London's housing crisis.

According to a 2016 study from the Policy Exchange, vacant industrial and non-domestic land has an important role to play in solving the lack of supply in London's housing market. The statistics for the use of commercial and public land is compelling. To coincide with the publication of the report last year, the head of Housing at Policy Exchange, Chris Walker recommended the current government should change the law regarding compulsory purchases of vacant or under-used land. The study also confirmed that large scale property portfolios are an attractive investment, providing a steady, long-term investment stream.

Vacant property in London can be re-purposed

Much of the popular debate surrounding vacant properties in London seems to operate under the assumption that vacant property is being left idle for long periods of time. In fact, there are a number new innovations and vacant property solutions which are offering reforms to the market; one example is property guardianship, a phenomenon where commercial property is re-purposed for residential use, benefiting property owners/investors and tenants alike. 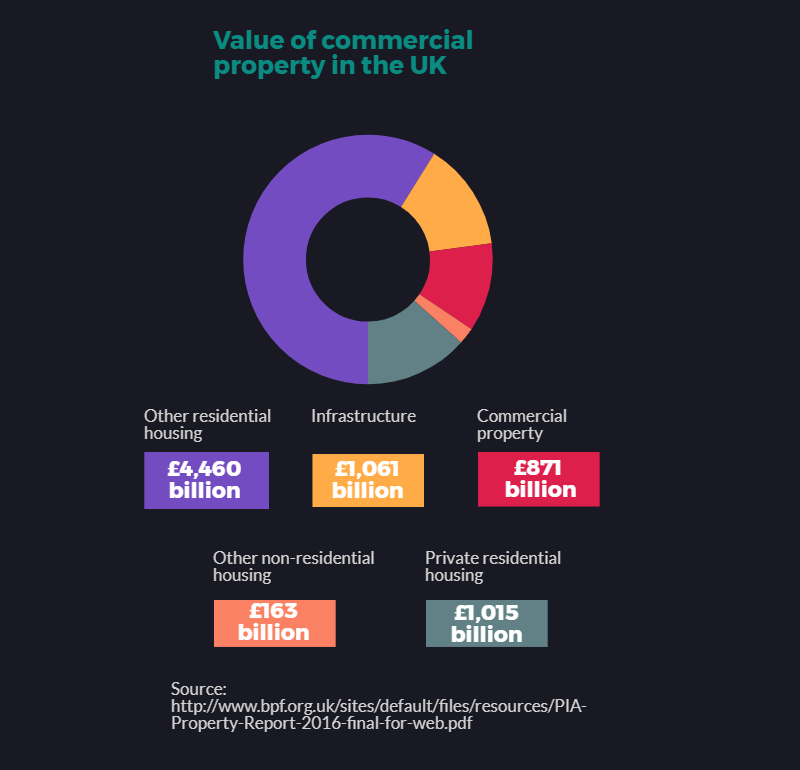 Does the volume of vacant properties constitute a "crisis"?

As is often the case with debates surrounding vacant property in London, it is tempting to see a causal link between the number of vacant properties and the shortage of affordable housing.  However, the figures above suggest that the picture is, unsurprisingly, much more complicated.