BACK TO News Items

Changes to the property market: Why 2017 will be another busy year for property guardians

2017 will see big changes to both the residential and commercial property markets, mostly brought about by the UK Government's legislative changes across previous Budgets. These changes will affect both landlords and, by extension, tenants. Property guardianship has emerged over the past ten years as a low cost security alternative for property owners faced with vacant buildings, as well as tenants who worry about being priced out of an increasingly costly rental market. As demand for affordable housing has continued to grow, the government has responded by cracking down on buy-to-let property owners, as well as changing the law to ensure non-domiciled property owners pay the same as British nationals. The most recent Spring Budget, delivered by former Chancellor George Osborne, introduced a number of changes to the residential property market which will be of consequence in the coming year. Most of these came into effect when the new tax year began in April 2016. As we look forward to 2017, we are examining the changes which will most likely affect the property market in the coming twelve months.

Stamp duty on buying a secondary property (i.e. a property which is not already your home), has gone up. All buy-to-let properties over £40,000 will now attract a buy to let surcharge of 3%. This will obviously eat into any return on investment enjoyed by buy-to-let landlords.

Tax relief for buy-to-let mortgage payers will be reduced from the 45% threshold to the 20% threshold, meaning that buy-to-let investors face a heftier interest rate than the one they were paying before.

Income tax charged on turnover (and not rental profits)

This change will ultimately mean that landlords will not be able to deduct 10% of their rental profits for wear and tear, automatically driving up costs and driving down overall profitability for landlords.

There is the possibility that these changes will have a domino effect on the rental property market, potentially pushing up costs for guardians who may already be effected bu the rise in costs. Whilst the Chancellor's reforms may cool the buy-to-let market, it is merely a stop-gap in a property sector which means more affordable homes will be available. With this in mind, property guardian companies may become more in demand, as they offer increasingly low cost accommodation in parts of the country which are becoming increasingly expensive.

Government changes to business rates means that they will be amended to reflect current property prices. Given there have been significant changes to property prices since 2008 (the last year against which rates were calculated), there are expected to be both winners and losers, depending on the region in which your business or commercial premises happens to be located.

There is the possibility that these changes will have a domino effect on the rental property market, potentially pushing up costs for tenants who may already be facing high rents. Colliers International recently published a report wherein they attempted to ascertain the winners and losers of the changes to rates. They  found that businesses will see the greatest increases in places such as London and the South East, where property prices have risen most steeply. Given that property guardianship means a temporary change in ancillary classification, from commercial property to residential property, the increase in empty business rates may result in commercial property owners taking a closer look at the value for money of their holdings and seeking alternative sources of income where properties are lying vacant.

Brexit and its affect on the commercial property market

Whilst the UK economy has broadly performed better than expected since the UK voted to leave the European Union in June. However, certain parts of the UK economy have already begun to show signs of economic stress. According to a Bank of England estimate, the value of commercial property is thought to have dropped by 2.8% in July, followed by a further 0.7% in August. This has also coincided with a slowing down of new transactions. Transaction volumes in the commercial property sector across the summer of 2016 were down by 60% on the equivalent period in 2015. 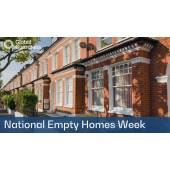 We are delighted and humbled to have received this amazing award, issued by the Business Reporter...

click to read in full
Too many cases of homelessness and too many vacant buildings. We can help with one logical solution: our Property Guardian Protection.

Too many cases of homelessness and too many vacant buildings. We can help with one logical solution: our Property Guardian Protection. 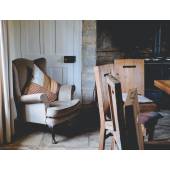 The Metro has revealed a number of shocking empty property vs homelessness statistics in a recent article. Could our Property Guardian protection service be a part of the solution?...