Why become a property guardian in Northolt!

We have a great space available for the right person to be a guardian to live in the affluent area of Northolt. It is going for a mere £300pcm all inclusive of utility bills and council tax! The property details including photos can be found here: Northolt Contact us today so you don't miss out on this spectacular summer offer! Situated in the London Borough of Ealing, Northolt is an up and coming area where more and more people who want to make savings on their living costs are signing up to live. You could spend your time walking the beautiful green parks where many famous people walked before, like Paul Gardiner the bass player for Gary Numan, the great Steve Perryman football player of Tottenham Hotspur F.C. and Paul Kidby the artist for Terry Pratchett's Discworld. Northolt has two stations: Northolt on the London Underground Central line and Northolt Park, a Network Rail station served by Chiltern Railways. These make it easy to access the centre of London (only 33 minutes to Oxford Circus) and the area is well served for accessing all of London for work purposes. There are numerous wonderful places to go to in Northolt such as the amazing Dinosaur Escape Adventure Golf Course where many of our guardians enjoy their time. The Battle of Britain bunker is a great place to visit to see where the key decisions were made by the Royal Air Force (RAF) during the Battle of Britain. The Musical Museum is a stone throw away where you can witness John Mann and his mighty wurlitzer as well as being home to one of the world's finest collections of self-playing musical instruments. Visit the Northala Fields where you can have a fantastic panoramic view overlooking the whole of London and enjoy a lovely picnic  amongst the three rolling hills. There is also a tranquil place to fish and to visit to get away from the noise and distraction of daily life. The Wembley Park Site Tour begins in October 2016 and the Harrow Shopping Centre for all of your shopping needs is a mere 12 minutes away. Venue 5 offers exquisite Indian cuisine as well as banqueting, a lounge bar and a night club playing RnB and Hip Hop as well as Bollywood nites and resident DJs. Our guardians have created a beautiful environment for communal living and consist of key workers such as nurses and support staff, personal assistants and taxi drivers. We also have a web and app developer, an aircraft technician and an architect. So there is a great mix of different personalities for stimulating conversation. They are all welcoming people looking for the right person to join them as a property guardian. If you want to take advantage of this rare opportunity to join a close-knit property guardian community in Northolt please contact me today to arrange a viewing. Interesting facts about Northolt: The popular BBC comedy series My Hero, produced between 2000 and 2006, and featuring Ardal O'Hanlon and Emily Joyce, was set in Northolt. An episode of the popular CBBC series Tracy Beaker had scenes filmed in the old Swimarama swimming pool. 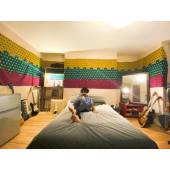 Four years a Property Guardian in Forest Hill. Charles lives with close friends and has a great living space...

click to read in full
Meet our Guardians // Nina 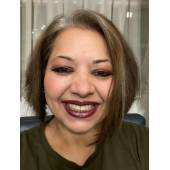 Nina has been securing a vacant property located in Tottenham for just over 2 years...

click to read in full
Customer update: changes to our ticket system due to COVID-19.

Customer update: changes to our ticket system due to COVID-19. 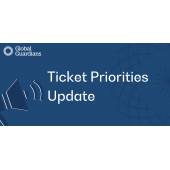 It is important that we all do our bit to reduce the spread of COVID-19 to ensure the safety of our contractors, in house staff, Guardians and clients. At this present time, we will...