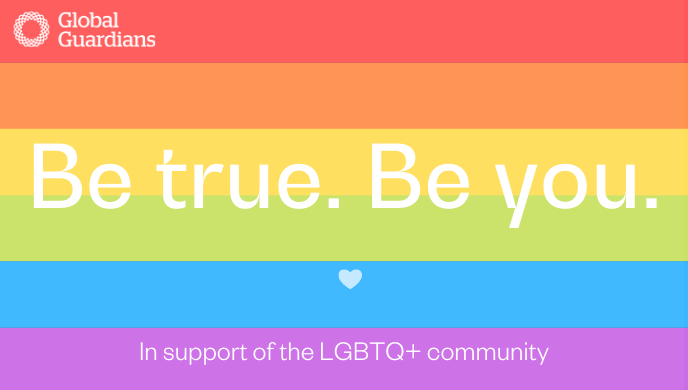 In support and celebration of LGBT History Month, we have asked our Guardians who are a part of the LGBTQ+ community to share their experiences with us. 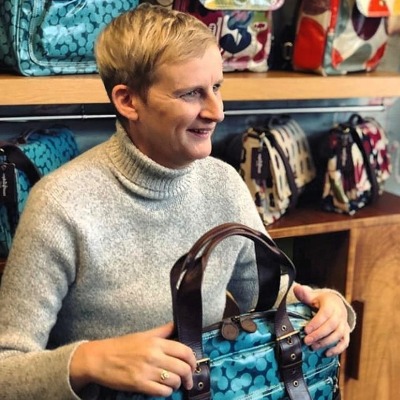 This is Yvonne’s story

Yvonne has been a Global Guardian for 6 years and has been a part of the Irish LGBTQ+ Community here in London for the past year.

Based on the conversations we have had with some of our Guardians who are members of the community, we have learned that it is not uncommon for people from the LGBT community to be discreet about their sexuality. Yvonne herself admitted that in the past she has been “teased because of the way she was born” and has felt that there “was no support available”.

In many environments, Yvonne often felt as though she couldn’t be herself and was “left feeling like an outsider”. She has been bullied and had a lack of support which resulted in her needing therapy in the past.

Yvonne said that “big strides have been taken in the right direction in ‘normalising’ the lives of those from the LGBT community, however we still have a long road ahead. People in general aren’t schooled enough and so hold on to prejudice regarding the LGBT+ members. With that said, the media’s presentation is “hugely different”. Take Rupals’ Drag Race and camp entertainment as examples; they are huge now and demonstrate the significant number of males coming forward”.

"It is obvious that the film industry also has taken mass efforts to ensure that gay characters and couples are included". This provides LGBT members like Yvonne with encouragement as she can see “so much is changing”. She also really appreciates companies like ours, for promoting that ‘different’ is ‘normal’.

Yvonne’s courage has had a domino effect on others, as Yvonne was able to successfully support a colleague which helped them to come out themselves. Inspirational. 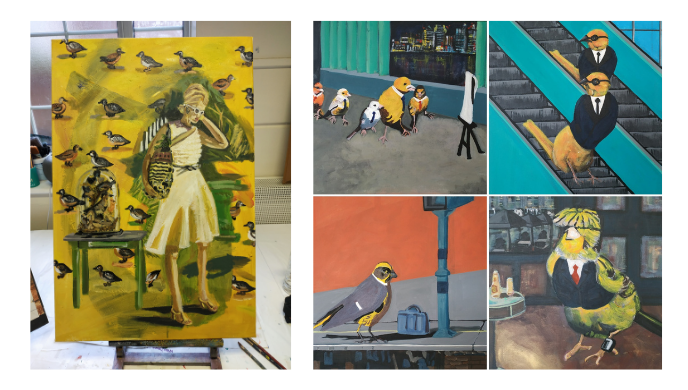 Property Guardianship is very attractive to an artist like Yvonne. “Being a part of the LGBT community, her whole life experience is different, so she tends to go for things that are “outside the box’”. Guardianship is different from being a tenant and although Guardianship can be for any responsible, full-time working professional, it's typically appealing to those who enjoy a flexible way of living.

After many years of concealing her sexual identity, Yvonne managed to come out as Lesbian. She has since made “great friendships” from the community and feels that “now everything makes sense” and that she “can happily be a part of the majority without changing or pretending”.

Yvonne is not alone in her situation and as an inclusive organisation, we strongly advocate equality and diversity, believing that everyone should be awarded the same respect and opportunities in life. When we all support one another and respect people’s differences seeing them as a strength in building our community we make our world a more beautiful one to live in. 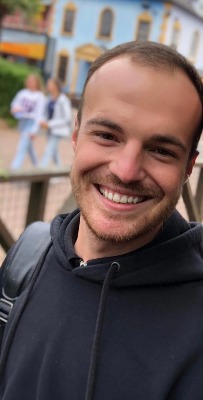 This is Marcus's story

Marcus started his Journey with Global in 2019, where he was made to feel “completely welcome by everyone at Global” and since he “doesn’t feel as though he has been treated any differently because of his sexuality”.

Marcus is a gay male that Global Guardians willingly accepted to become a Property Guardian. Not because of his sexuality but because Marcus fits our strict guardian criteria, and no other variable was going to change the fact we saw Marcus as a responsible Guardian that would care for and secure the living spaces he was interested in.

Marcus has been with his partner for one year after meeting on the Hinge dating app at the beginning of lockdown. This “lockdown romance” blossomed when lockdown restrictions eased, enabling them to get to know each other better. Today, the couple is happily together with the intentions of moving in together! They plan to continue using Property Guardianship, where they will start a new chapter of their relationship.

Global Guardian, Marcus states that “this country is very good at celebrating Pride”. Year on year, Marcus “partakes in the London Pride parade and has even thought about volunteering too, as it’s very important to celebrate”.

With that said, he highlights that there is still “some way to go in society, particularly for the Transgender and Non-Binary community”. Likewise, with the media representation of the community, Marcus states “in recent years it has definitely improved...however it is less common to find the transgender community being represented by the mainstream media in a positive light, especially in the tabloids who are quick to report negative, biased and even sometimes damaging stories”.

All in all, Marcus’s most favoured aspect of being a part of the LGBTQ+ community is “to be a part of a fun and inclusive community where he feels safe and free to be himself”. A sentiment that we feel should be a reality in all walks of life.

As a progressive company our aim is to push ‘inclusivity’ and continue our ongoing support of the LGBTQ+ community.

Global Guardians are giving a massive shout-out to Yvonne and Marcus for their brave and inspiring stories they were willing to share with us. Thank you.

Why You Should Never Ignore Fire Alarms When They Go Off

Fly-Tipping: Keeping This Menace Off Your Vacant Property