Squatting is a major problem within the UK!

It prevents developers from building, it depreciates the value of a property which will effect Property Owners and can waste public funds when looking to evict them from Council, Housing Association & NHS buildings.

Squatting is when someone deliberately enters property without permission and lives there, or intends to live there. This is sometimes known as ‘adverse possession’. Did you know there's an estimated 20,000 squatters active within the UK currently (.Gov), but some say this is a much higher figure? A key fact to consider is that under the Legal Aid, Sentencing and Punishment of Offenders Act 2012 (Section 114), squatting in a residential property became a criminal offence on September 1, 2012 which can actually lead to a 6 months prison sentence, a hefty £5,000 fine or both. However, squatting in a non-residential properties may be a civil or a criminal offence, depending upon the circumstances and repossession by the owners, occupiers or intended occupiers which may require legal process or police action. Global Guardians Management (GGM) have helped remove squatters from 5 buildings recently, and here is some information demonstrating the substantial effects squatting can have upon a property which isn't being secured correctly.

We are currently managing a D1 building in Brixton which was recently squatted by 20 individuals for over 3 months. We worked alongside HMCS Bailiffs in order to evict them from the property, which cost over £15,000 (including legal fees). Upon eviction, GGM placed an in-house caretaker within the building to effectively secure it, before vetting guardians and placing them within the building under a license agreement. Utilising the guardian solution can prevent these costs from occurring, as the Global Guardian license is a legally binding occupational agreement which changes the ancillary use of the building without planning, to residential, therefore squatting of this building becomes a criminal offense. GGM also contributed over £10,000 worth of costs towards the fitting out of the building, in order to ensure the it was habitable for our guardians to live in, and secure the building. We now have 8 guardians securing the building strategically for the client.

GGM are managing a commercial unit in Deptford on behalf of one of our clients. 12 people squatted the building and caused major damage including removing the toilets and electrics and creating a property which was hazardous to health. It took approximately 10 bailiffs (£10,000) and a £5000 court order to legally evict the squatters from the building who had been there for over 9 months. GGM placed a security guard within the premises instantly before our guardians moved into the buildings to secure it strategically from any attempted break ins. We also helped clear all of the waste which the squatters had left within the building, and ensured the building was habitable for our guardians to live in the property, with our in-house maintenance teams.

We recently secured a Church within the heart of Camberwell which was squatted by over 60 individuals. Upon eviction from the property, GGM arranged over 20 skips to collect the squatters' debris which was accumulated for over 3 years. The cost to secure the building after the squatters were removed was £40,000 using 24/7 manned SIA trained security guards and dog handlers prior to placing our very own property guardians within the building. 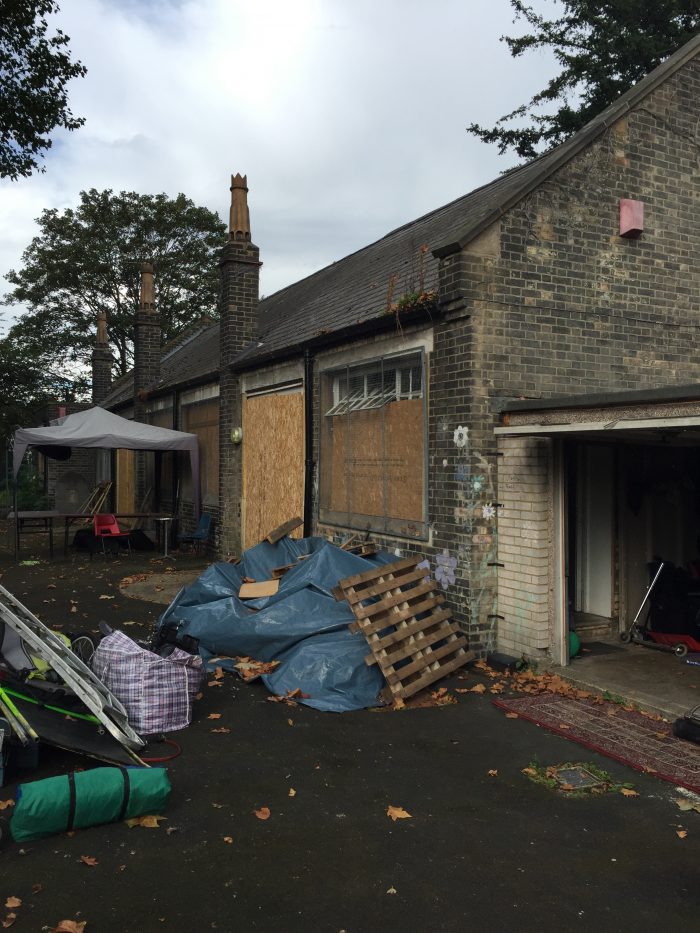 It is advised that you do not try to remove squatters yourself by using force or the threat of force – You are committing a crime if you do. A long-term squatter can become the registered owner of property or land they’ve occupied without the owner’s permission by occupying the property continuously for 10 years (12 years if it’s not registered with Land Registry). Just so you are also aware, squatters have a right to be connected to utilities such as gas, electricity and water, but using them without contacting the supplier first is illegal.

Why not contact us today to find out what you should do and how we can help if your building is being squatted today on 0208 370 0288.